An Intro to Sector T-3

Hereticworks does not mess around when it comes to Kepler22B!

Check out their intro to their sector BY CLICKING HERE

These folks put my inane ramblings to shame! Excelsior!
Posted by John Matthew Stater at 3:23 PM No comments:

A few more looks into my region of K22b - enjoy!

The Pointer: A clearing here features a rather vast stone, dark grey, carved in the shape of the head of a magrippa bird, one of the local fauna, a black bird that resembles a cross between a shrike and a flamingo. The stone points toward an abandoned city of the short, headless crab people - an ancient people apparently now extinct. 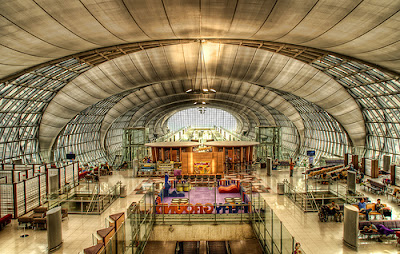 Bunker: Folks walking through the underbrush of this hex might fall through a mat of dried, woven grass into a large, subterranean bunker. The chamber they fall into is dusty and filled with refuse. There are three sealed doors here that lead into the rest of the complex, which was apparently used in case of an atomic war - a war that very well might have happened, given the relative lack of native technology in this region. Explorers of the bunker might discover that it was built by the three-toed people. It contains some of their ancient, atomic-aged weaponry (no usable batteries, and one would have to rig up a way to make any of it work), samples of their pop culture (runs the gamut from books about philosophy to girly magazines), and a wide variety of colored lenses, the purpose of which is unknown.

Blazing Falls: A waterfall in this hex has a very high gas content and, in essence, is on fire. The fire runs into the pool beneath it and down the river a ways. The source of the gas is unknown, but would be a dandy thing for a scientific survey to discover! 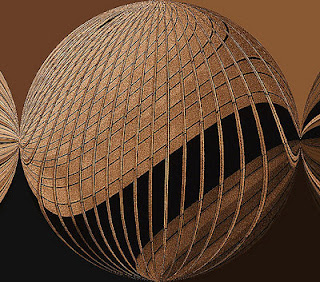 Grand Altar: An alien ruin in this hex looks like a giant, spherical construction of pink-gray stone. A set of stairs leads up to a portal of pale pink jade and a door long since battered down. Within the temple, there is a floor of mosaic tiles depicting some sort of pink worms and the mysterious three-toed people destroying the headless crab people. There is a hole in the floor from which seeps some sort of colorless gas with a petroleum smell. If lit, it bursts into flames which form into a weird sphere that fills the center of the temple like a great, flaming all-seeing eye. The effect is extremely unnerving. The temple heats up quickly, and will be nearly unbearable in 10 minutes time.

Posted by John Matthew Stater at 9:45 PM No comments: