... and thanks to Judy and Jim Garrison at Hereticwerks, Kepler 22-B has one! 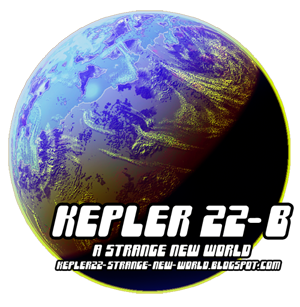 "We've been working a bit on our section of Kepler 22-B, and have created a graphic (a sample is attached) that we're using in our side-bar and in our posts to identify our Kepler 22-B/Strange New World posts. One of the other contributors to the Strange New World project has asked permission to use this graphic, so we thought that we'd contact you and offer to make this graphic available for use by the members of the project as a free resource. We have set up a Page at Hereticwerks that spells everything out fairly simply. The graphic is free to use, so long as we are given credit, it is not used commercially (without permission), and it is shared alike. A variety of sizes are available at the Photobucket folder in both JPEG and PNG format, and we can make things available in other sizes/formats if asked.

You can see the graphic in the right-hand side-bars at both Hereticwerks and Garrisonjames, and it will be in-use at John Till's SciFi-RPG blog currently under construction."


So, my sincerest thanks to Hereticwerks for the spiffy logo. If you are a contributor to the blog and want to use it, make sure you follow the rules. I don't want to have to sic Star Patrol on your sorry utt!
Posted by John Matthew Stater at 12:30 PM 4 comments:

Email ThisBlogThis!Share to TwitterShare to FacebookShare to Pinterest
Labels: logo 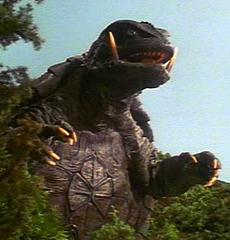 Alien Dinos: A herd of alien lifeforms that look like long-legged, soft shelled turtles, are grazing on the dark, spicy fruit of the tall umbrella trees that fill much of this hex. One of them has been tagged by some other survey team, and the group are wary around aliens (i.e. there is a 1 in 6 chance they will charge).

Androids: A band of the silver-faced androids from Crux 12 has set up shop here. They purport to be doing a scientific survey, but their equipment is outdated and mismatched, and they seem as though they are hiding something. In fact, they are religious cultists and worshipers of the Worm - a 22nd century computer virus that targets computer systems and artificial intelligences. They seek out computer systems and do their best to infect them.

Danglers: This hex holds one of the more unusual life forms on the planet. Strips of amino acids that look something like gossamer threads drape the Y-trees here. They are not dangerous, and when (or if) ingested in the proper sequence (this could be determined by a biologist with the proper equipment and a genius for creative thinking) put people into a waking trance that allows them to view, from a deep, biological perspective, the evolutionary history of the planet. There is always a chance, though, that the strings are poisonous to some aliens, and that they might play havoc with the DNA of others.

Tripods: The woodlands give ground to rolling plains of orange onion-grass and white feather-fronds. Amidst this natural beauty there are hundreds of alien monuments that look like tripods about 20 to 30 feet tall made of amethyst-colored glass. This glass substance is extremely durable, and actually behaves more like metal when damaged (i.e. it bends and dents, rather than shatter, but can be scratched). Each tripod has three legs (obviously) that join a ring. The interior of the ring carries a strange static charge. What this means is a mystery. (P.S. -Amethyst Tripod would be a great name for a band).

Canyon of Bones: A canyon here, with rugged walls (many hand and toe-holds and small, shallow burrows of the local petting-spiders) is filled with thousands upon thousands of bones. Most are animal in nature, but there are many humanoid bones mixed in as well, representing most of the intelligent species native to the planet. Kaiser-dogs burrow through the damp ground at the bottom of the canyon (it appears to have once been the bed of a small river) and the native bacteria seems to have given them a dim sentience of their own. Those who spend the time to dig deeper into the muck might find strange beings with large heads and small, bony bodies curved into a fetal position buried in the muck. These creatures appear to be carved from ivory, but are in fact a profoundly powerful species of psychics in suspended animation, awaiting the return of the river. Many of the locals regard them as sleeping gods, and make sacrifices to them (i.e. the bones).
Posted by John Matthew Stater at 3:24 PM No comments: